Menu
Log in
Click on 'Latest News' - to the right of this scroll, to see the latest updates to our web page and current information. Please see our Safeguarding page for information regarding Safeguarding and keeping safe while we are closed. From Monday 23rd of March 2020 the academy will be closed and only open, offering a reduced provision, for the children of key workers.

This week, Eliza has had an exciting delivery- some caterpillars! She's keeping a diary each day of what is happening at each stage in the caterpillar's life cycle. Eliza has also been learning how to rescue her lego people from the ice. Take a look at the marble run that Eliza has created.

Eliza has been hunting for her lego people to make their bonds to 20, she's also been practising her handwriting and spelling and has started making decorations for VE day.

Eliza has been doing her maths in the garden, using lego bricks to show arrays. Eliza has been having great fun in her mud kitchen and has even written instructions for it.

This week, Eliza is having a Maths morning, she's working on position and rotation of shapes - super effort Eliza, you look like you're enjoying it too. :-)

Eliza has family who live in Australia, she has emailed him some questions and he's replied. See the document below.

Hattie and Scarlett have been having a go at one of the Year 5 challenges to make a foil boat. It looks like they've been having great fun! Hattie has enjoyed the Science challenge this week, she's been really creative and used cardboard and lolly sticks. Before making the maze, Hattie made a plan so she knew how her maze would look. 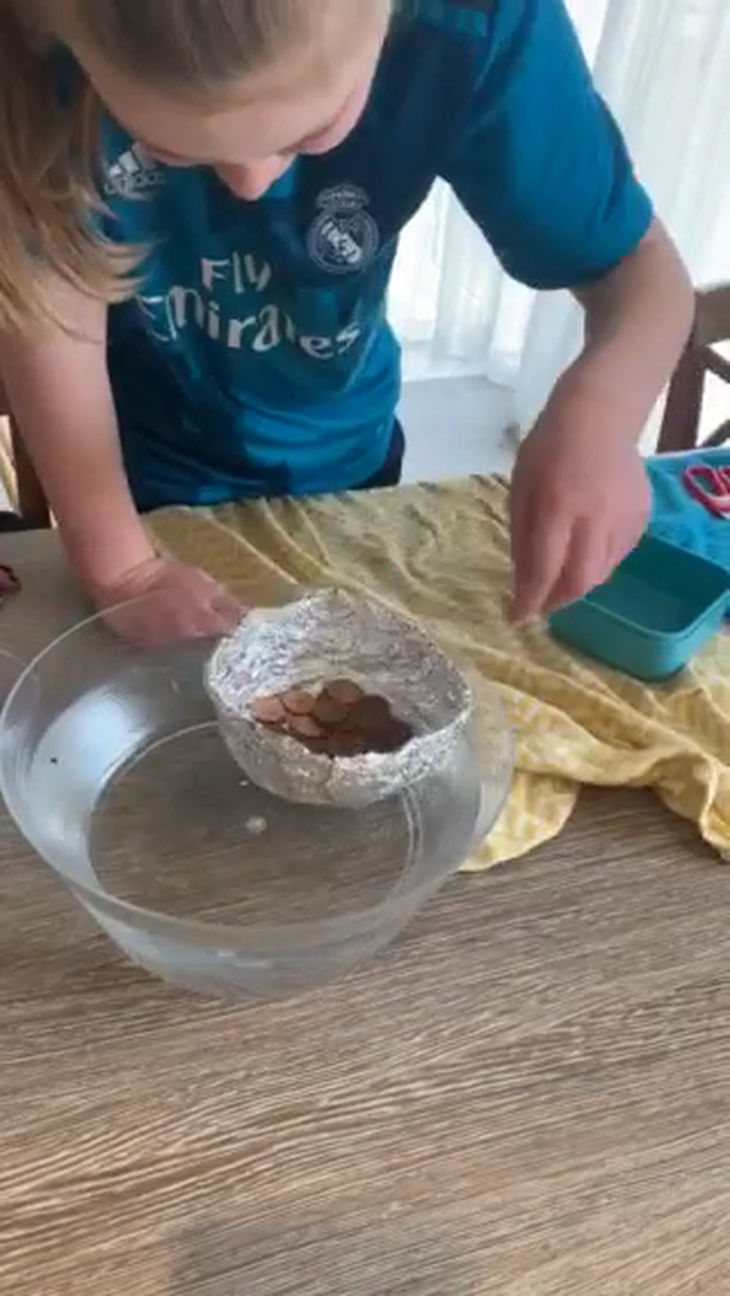 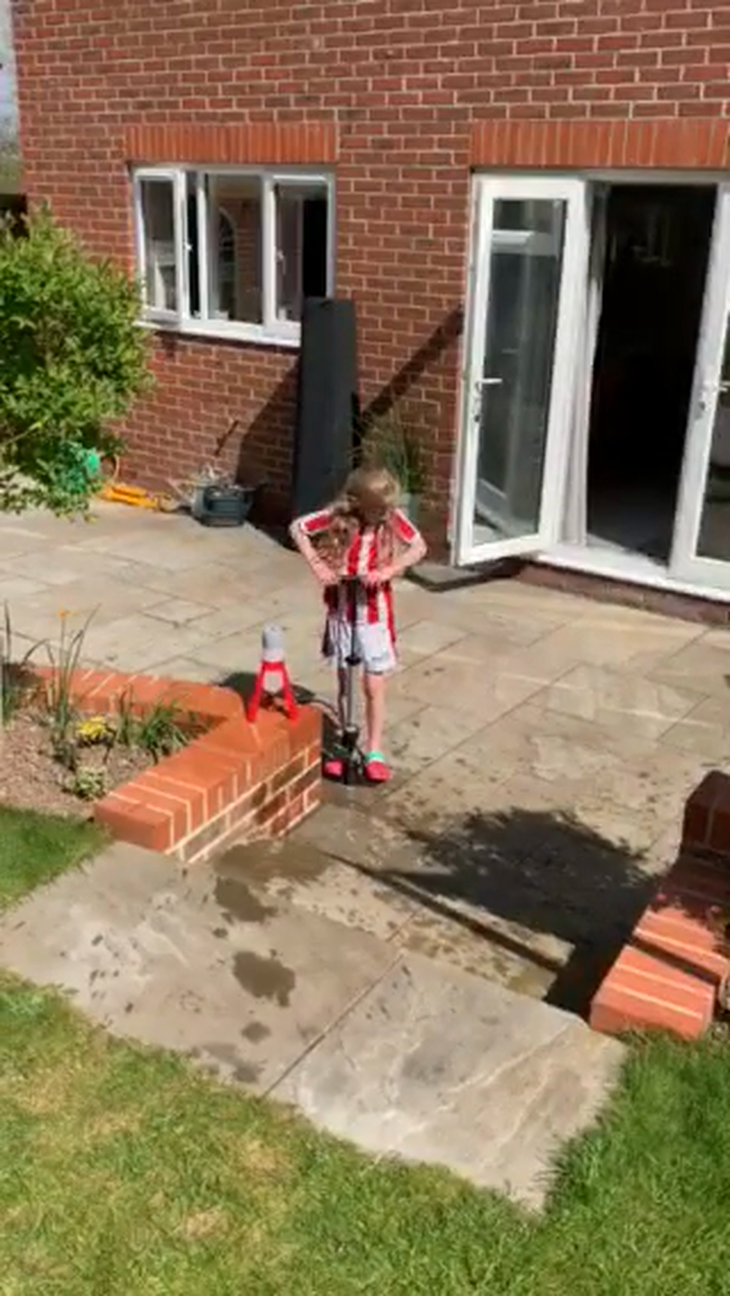 Hattie and Scarlett have built a rocket in their garden and taken it in turns to pump it up to set it off. If you click the document below, you can see how Hattie has written up her experiment. It looks like it was an exciting experiment girls!

Joey has made a super rainforest model and even labelled the different parts. He's also been busy with story writing and doing some research all about Charles Dickens. Joey has written his own story this week with wonderful description. He has also been using pasta to help him with his place value, it looks like he's really concentrating :-).

The day the crayons quit has been popular in the White house, Joey has done some wonderful writing in his independent activities and tried hard to use a noun phrase.

Joey has been thinking of questions and using conjunctions in his writing- well done!

Joey has been trying hard to include conjunctions in his writing about the book Tuesday and he's set up his own shop to help with his maths work.

Over half term, Joey has been fishing for tadpoles and watching them grow, he's even written about them too. Joey has enjoyed the art challenges, has written a letter to Xavier as part of his English work and has made a wonderful poster for our new topic.

This week, Joey has worked extremely hard on his English and his Maths - even managing to get onto the challenges in his maths.

Thea has been making cornflake buns, which look delicious! She's also been creating a space man and going for daily walks to see the lambs.

Uh-oh, Thea has had a little accident, she's in a cast for 3 weeks but it doesn't look to be bothering her too much at the minute tho!

Paige has been busy painting a rainbow with her family for their window. She's also been working towards some Spring and Easter badges (similar to Brownies and Rainbows), these included making pancakes and hot cross buns. It looks like Paige has been having great fun in her mud kitchen- lucky Mum doing the washing!

Neve has been helping around the house and helping her brother fix his bike. She's also been baking some yummy buns with her big sister. Neve and her brother have been having fun on the bouncy castle and she's even managed to learn how to ride her bike without stabilisers - well done! Neve has been working hard with her maths and science, she's been using pencil and paper clips to help her with place value.

Neve and her brother have had an arts and craft day today creating beautiful presents and cards for their Nanny's 60th birthday. Also, they celebrated VE day playing outside and a BBQ and picnic.

Neve has got some new pets, some really cute guinea pigs called Dec and Ant! 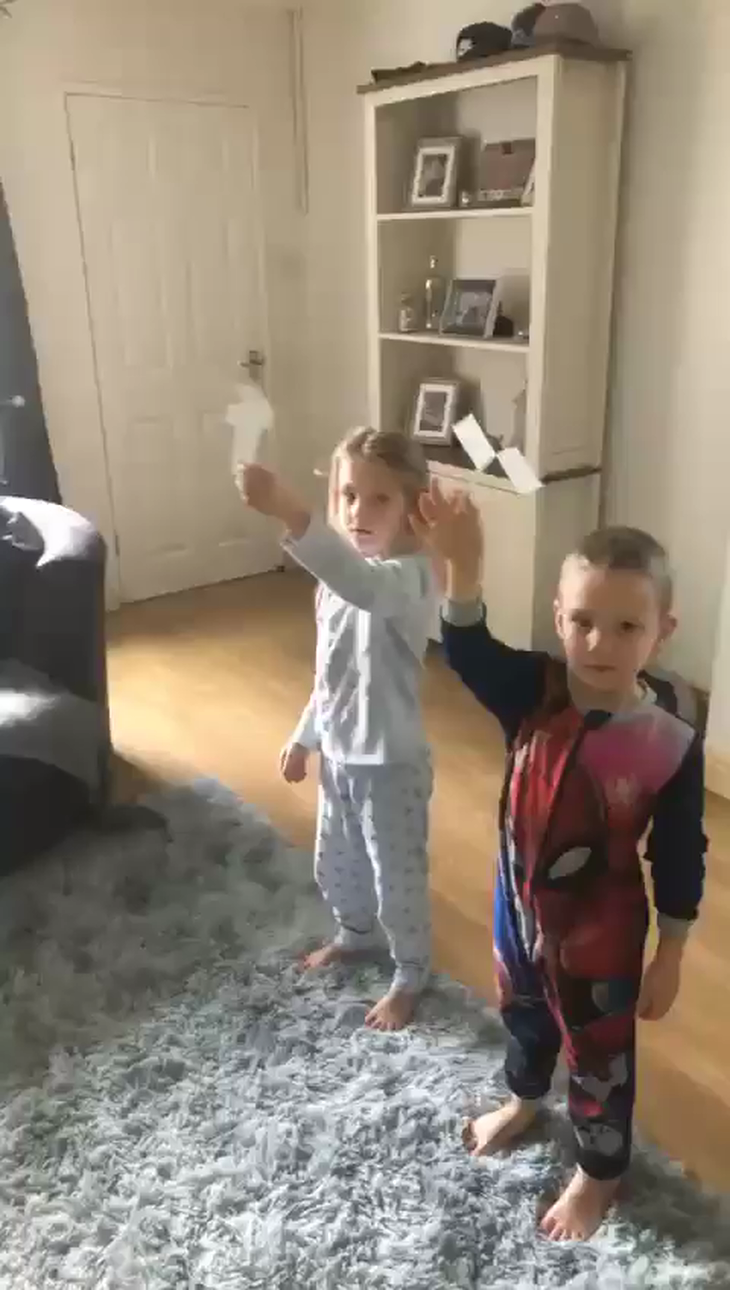 Neve and her brother have enjoyed their science activity this week.

Oscar has also been really busy at home, he's has been having great fun enjoying doing his maths outside, what a exciting way to do it! He's been really creative, making bird seed pizzas, 3D models and experimenting making slime.

Caitlin has been enjoying the beautiful weather with her family and has been planting lots of vegetables in her garden- well done! She's also been busy painting a beautiful rainbow for her window and decorating the conservatory for Easter. Caitlin even has her own reading ladder at home, I 'm sure she will be at the top very soon, you're always the first to come to me in a morning with your diary. :-) Caitlin has been using her laptop to do some writing all about her cat. In preparation for VE day, Caitlin has been decorating some rocks- they look wonderful!

Caitlin has been doing lots of reading and has had wonderful fun making some slime. She's also been learning how to roller skate too!

Caitlin has been working hard on her place value work in Maths, she's getting really good at using the greater than and less than symbols.

This week, Caitlin has been getting lots of times table practise in- well done Caitlin!

Caitlin has been really getting into the virtual sports day - she even had the excellent idea to use her roller skating knee pads.

During the lovely, sunny weather, Caitlin has been enjoying her enormous water slide- it looks great fun!

Recently, Caitlin visited her Grandad and sat on his tractor, she's been exploring the Dells near Eccleshall and has been baking some delicious cakes all by herself - a very busy week!

This week, Caitlin has been focussing so hard on her Maths work, she's working her socks off even though its almost the end of term - fantastic Caitlin!

Caitlin has been really thoughtful and has been litter picking in the village today - such a kind, environmentally friendly thing to do Caitlin!

Freddie has been busy at home doing lots of different learning, he's been involving his family who he isn't able to see at the moment. His Nanna Barbara tested him on his spellings over Facetime and Grandad Derek posted him some seeds and did a lesson on germinating seed with him. Freddie has also be creating his own storied, Super Mario themed of course and had been making things from clay and wood. This week, Freddie has been making fish fingers and chips from scratch and creating a hug for his grandparents which he measured out and decorated himself. Freddie has been making a fantastic frog and it's been having fun leaping on his Ipad.

Alfie has been enjoying his 3D shape work this week, he's made a super 3D model.

Reuben has been keeping really active at home, playing badminton, online dance lessons, bike rides in the countryside, sponsored walks to raise money for children in need and practising his golf. He's also been working hard on his school work, using different household items to help him with his tens and ones and of course enjoying the challenges set! Reuben and Nicole have been busy with their VE day decorations and also decorating the bricks on their house.

Reuben has created a fantastic roller coaster, he even attempted a loop the loop! He had great fun running his marbles down it.

Reuben has been enjoying jumping on the stepping stones at Downs Bank and has been building his own den- wow!

Over half term, Reuben has been extremely creative, he's been researching art techniques on you tube and trying them out - they look fantastic. He's also super keen this week and has already made a start on his English - well done Reuben. Reuben has also learnt how to play Jingle Bells on the keyboard too.

This week, Reuben has been making his own pizza for lunch which looks delicious! He's also got a new friend who he's been thoughtfully leaving water out each day for.

Joshua has been learning lots at home, he's been learning about cooking and measuring out ingredients, he's been been growing plants- including cucumbers. He's also learnt how to ride his bike- fantastic Joshua!

You can see Josh's cool electric train set which is on top of his special den/lab where he likes to play. Joshua has also been working towards many beaver badges, one involved him camping inside. Joshua has been strawberry picking at Canalside in Haywood, he's having a cucumber growing race with his Grandma and has been making pictures out of coins- very creative!